Imagine.  An ordinary day. A voice that prompts you to turn, or answer the door, and in a few heartbeats your face, your identity, is easily and brutally disfigured for life. 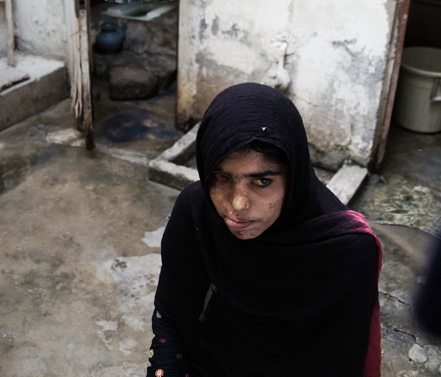 It’s the stuff of nightmares, of whispered contracts with God. It’s unimaginable.

But acid attacks are a reality on a global scale. A few cases have been reported in UK and USA. But it’s most common in Cambodia, Pakistan, Afghanistan, India; all countries where patriarchy is deeply entrenched. A giant percentage of the victims are women and girls. Cornell University  conducted a study in 2011 and found that most attacks were acts of revenge, because a woman spurned sexual advances or rejected a marriage proposal.

The Acid Survivors Foundation (ASF) in Islamabad estimates that in Pakistan around 150 women have acid thrown on them every year. Most of the victims are uneducated, poor and completely reliant on others.  The number of victims is undoubtedly far higher as many cases go unreported, due to rampant police corruption, no access to legal assistance, and fear. 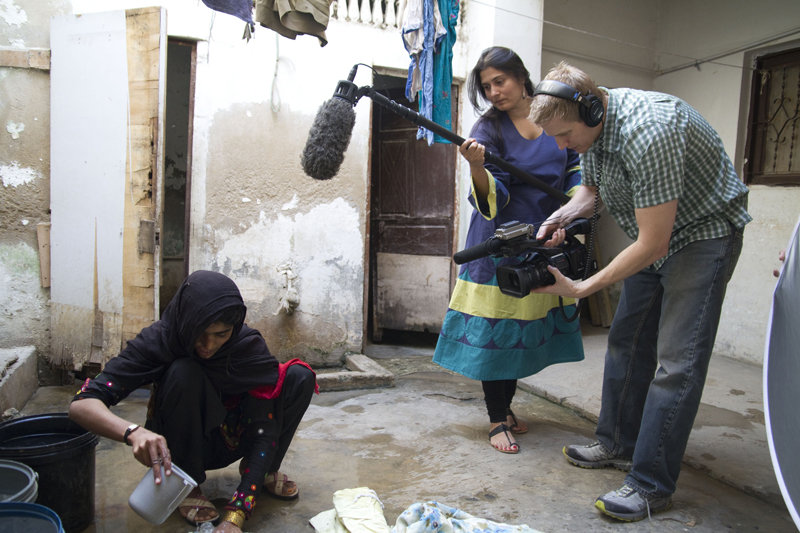 A key force for change is for those for whom it is unimaginable, to help those for whom it is all too imaginable. It’s a throw of the dice that allows me to be in a place where a crime like that goes heavily punished, similarly that allows me to have been entitled to an education, a decent job, respect and security. What happens to one person anywhere, affects everyone everywhere – we’re growing more aware of that as the world shrinks with access to information and technology. 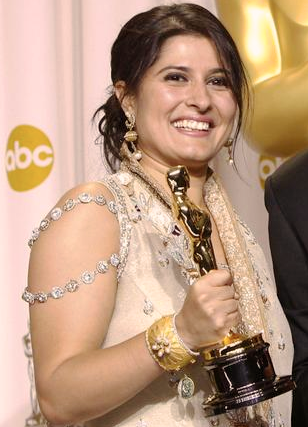 My friend, film-maker Sharmeen Obaid Chinoy is from Pakistan. Her outstanding film ‘Saving Face’ charts the rehabilitation of a few survivors of appalling acid violence in Pakistan. The film won the 2012 Academy Award for Best Documentary. When she and fellow film-maker Daniel Junge won the Oscar, it was a massive opportunity for viewers world over to be better equipped to help in the struggle to end acid violence.  The film does more than document the horrific crimes – it portrays the humanity of the survivors and the steps Pakistanis are taking to tackle the problem.   As Sharmeen says;

“It goes beyond the immediate horrors of acid violence to its prolonged effects. It forces its viewers to empathize with, but also admire the immense strength of the survivors”.

Women like you and me – Zakia and Rukhsana – are seen struggling to bring their assailants to justice, in a system which places women at the bottom of the social pile. I watched the film willing them on; appalled by the obstacles they faced. Sharmeen interviews a husband on camera; he denies his crime, and blames his injured wife. Another husband sits in prison awaiting trial, again denying his wife’s claims; full of resentment and blame.

And yet, in the film we see extraordinary transformation take place as the women receive support from key people – an attorney who is representing the survivors, a politician who is advocating for new legislation (no easy task), NGOs, and the rock star plastic surgeon Dr Mohammad Ali Jawad. 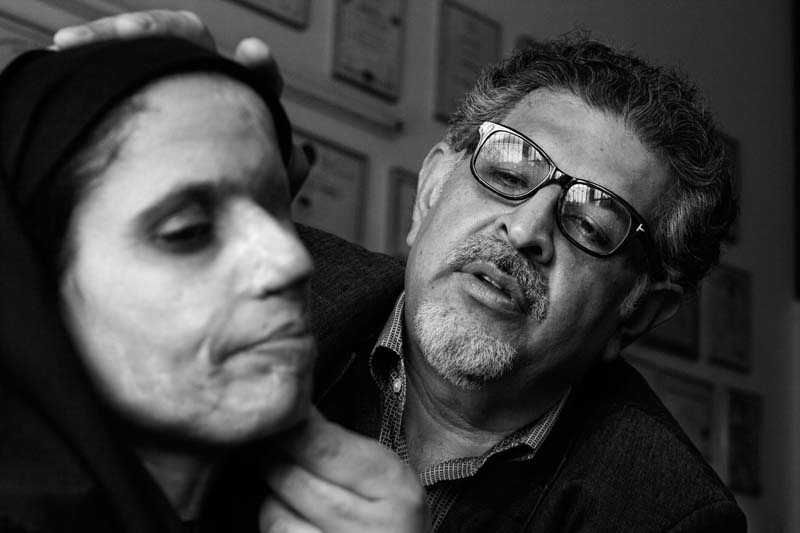 Dr Jawad is British, with a world-renowned practice in the UK.  He is originally from Pakistan, and some years ago decided to ‘give back’ to his country of origin. He partnered with the NGO Islamic Help and began donating his expert services to victims of acid attacks. I met him on a couple of occasions, and as you can see in the film; his compassion, charisma, good humour and absolute belief that he can significantly rebuild a victim’s identity, transform the patients’ whole lives.

We see them trust in his expert care, and the journey of rebuilding their features mirrors their journey of personal empowerment. By the end their changed, new face is different to their previous features in more ways than the physical. Their eyes shine with a brighter determination, and pride.  Watching the film, I could see that the bridge to their personal empowerment was structured around awareness. An awareness of their basic human rights, political rights (which they decided should be changed!), awareness of their strength, their lust for life and the lives of others threatened with this inhumane possibility. Of course, their awareness relied on the hard work and expertise of professionals determined to root out (as Dr Jawad calls it) “the disease” of acid attacks in Pakistani society.  But it was clear that with the same education and opportunities, Sakia could have been the surgeon, lawyer, politician – the same light shone in her as it did in them. The film honours these women’s strength, and I watched with awe and respect as they transformed their pain into power. 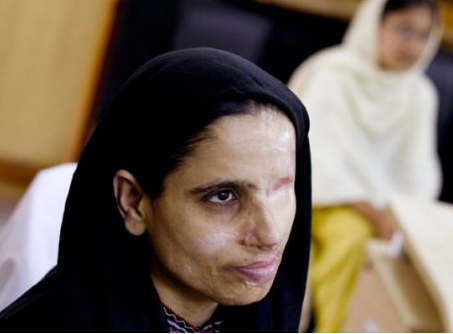 Sakia’s attack was so severe that she requires a prosthetic mask over one eye – cleverly attached to spectacles for ease of attachment and removal.

The prosthetic has been moulded to match the shape of her face, with a beautiful artificial eye matching her healthy one. 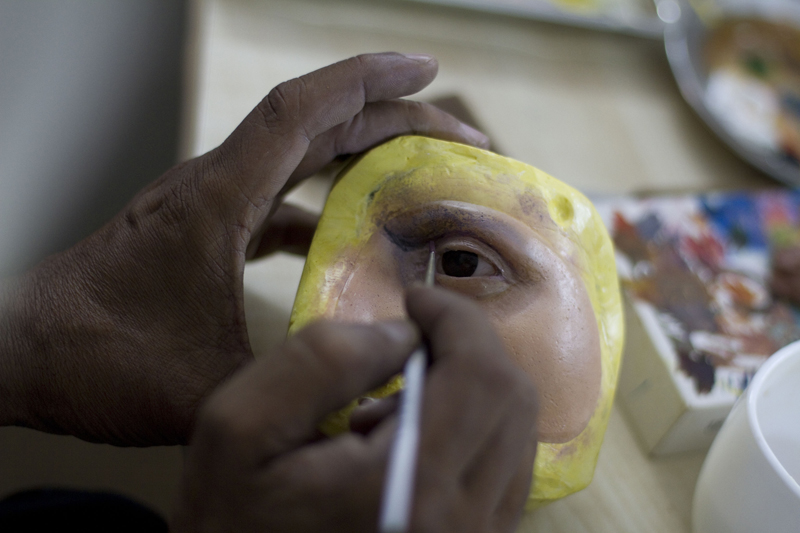 I noticed something then, which was powerfully symbolic of Sakia’s pride and recovery. She was wearing make up. She’d lined her eyes, applied mascara, perhaps shadow, blush, and a subtle shade of lipstick.  She looked beautiful. It wasn’t the make up that made her look beautiful necessarily, but it was the fact that she had accentuated her features with adornments that can only mean she wanted others to look, to see, to notice her. How powerful a thing is that?  See this face that I love, notice these eyes that I have framed with dark intensity, see these cheeks that rise when I smile and express my emotion, see these lips that will speak my truth with words that you remember.  Something so seemingly banal – cosmetics – became the colours of victory, the signature of pride, the celebration of life.  It was a wordless communication that I recognised because women world over do, and want, the same things.  Because we are the same. And being protected from violence is not an aspiration, it is a right – one to which we are all entitled.

Q & A with Magatte Wade

My body is not an apology: Race, Representation & Beauty by Emma Dabiri

Emeline talks to Ibi of The Afro Hair & Skin Co.

Cancel Reply
Our first shoot together
Video. How to get the Lavender look