Our first shoot together

I came across Thandie for the first time when she was the teenage love interest in the Australian coming of age film ‘Flirting’, which also showcased 2 other then-unknowns, Nicole Kidman & Naomi Watts. 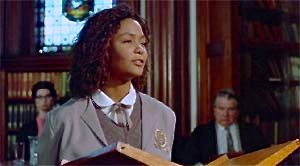 It’s been years since I saw this movie (it came out in 1991) so perhaps I’m describing that particular form of embellishment that can occur where friendship & memory collide, but I remember Thandie’s performance was the one that summarised the whole film, a total scene-stealer proudly standing on the school’s podium to deliver a long and confident monologue.

Self-possessed and well contained, she convinced me that in real life, she too had wisdom years beyond her own.

All that plus one of the cutest little faces I’d ever seen.

To ensure a true girl crush I need the brains so when I found out that she’d decided to go to Cambridge to study Anthropology (instead of accepting the multitude of beautiful girl roles her agent must have been glued to the phone about) I just knew that if I met her, that I’d like her a lot. We Brits of mixed heritage don’t really fit into any stereotypes, and there’s a great freedom in that. 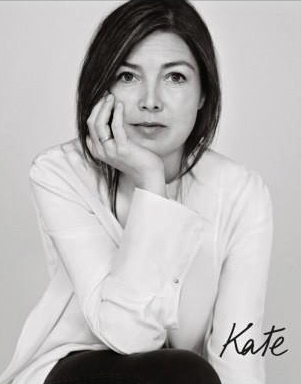 Many, many years later, when I lived in NY I was chatting to the brilliant British Vogue fashion editor Kate Phelan at work and she mentioned doing a shoot with Thandie; cue-me gushing about how clever, cool and beautiful I thought Thandie was.

This must have assured my booking as a month or so later there we all were in an aristo/boho house near All Saints Rd, ready to shoot with the wonderful photographer Regan Cameron for British Vogue.

Thandie was promoting the Oscar winning film Crash and had recently given birth to Nico, her second daughter and still breasfeeding, and was soon to be a Bafta winner for her role in the film.

It was a very relaxed shoot, Kate was the only one from the magazine so the team was small; Peter Gray on hair, Marian Newman doing the nails and I did my best to keep my girl crush dialled down to single figures. 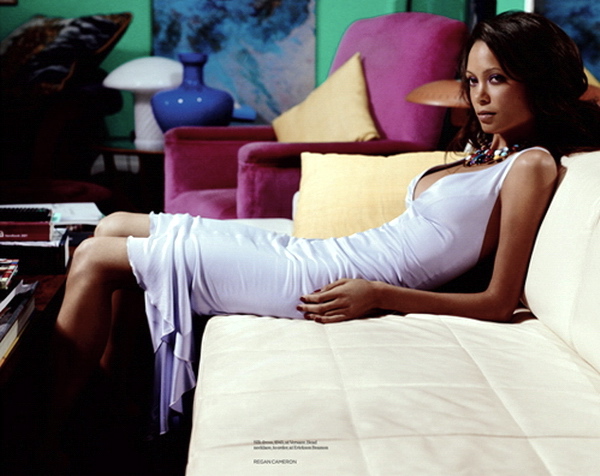 I’ve always had an organic approach to m-up, I don’t like having to plan make-up beforehand, I don’t believe in it. I think a general knowledge of the theme and look of the subject is enough- unless of course you need to bring along a particular product, or if the reference is an esoteric one.

My experience is (not just from shoots I’ve been involved with but generally speaking from the ones that have inspired me the most) that the best shoots are not invented in full before the fact. I find that the best shoots have one simple rule. Have a smart and talented team who love to collaborate. Works every time.

Kate, like all great editors I’ve met, chooses teams that bring a special something to the shoot, she’s not one to control the strings. Instead she guides and allows everyone to create their best work.

Thandie’s blessed with beautiful skin, and the clothes on the day were all in strong colours that showed a lot of it so I thought that using one bright colour on the eye alone with the rest of the face left pretty bare, would keep the mood glamorously cool, yet relaxed and sensual. Make up and hair can really pull a look together, and I love being part of a whole look far more than a shoot that revolves around cosmetics alone. 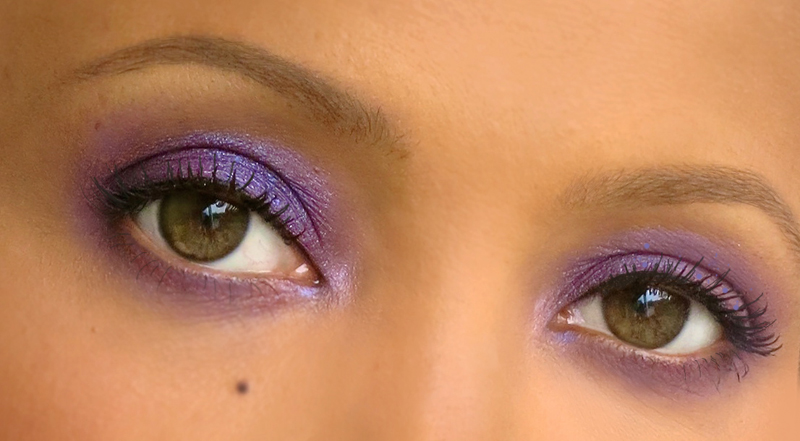 I used one of my mainstay products, Amethyst Eyeshadow by Chanel (left). What would I do without this eyeshadow? Well I’m sure I’d live but I have to say, this eyeshadow suits pretty much everyone.

In order to ‘get away’ with stronger pigments, all you need to do is find the correct under eye concealer for your skintone and age (brightening, not just lightening) , then find a concealer or/and foundation that suits your skin type and has correct colour match.

A little blush always helps too; peach to terracotta for darker skins, rosy or peach for fairer skins. I used a Bobbi Brown Pot Rouge Cream Blush in Pink Truffle but that’s discontinued now but don’t worry, Calypso Coral is fabulous with Amethyst. Cream Blush is great when you want dewy looking skin, or to freshen up a dark or smokey eye.

This was when I introduced Thandie to Becca, it was, and still is, along with Bobbi Brown, 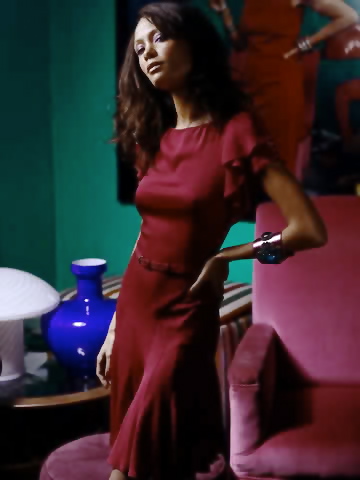 one of the best colour ranges from the palest to the darkest of skin tones. Their concealers and foundation sticks are particularly good, especially for blemishes and the temporary, aftermath scars. I usually set concealer with loose powder, but I kept Thandie’s skin dewy on this occasion as the light was very soft and we weren’t using flash from what I recall.

Prada used to make these wonderful Lip Balms when they had a brief foray into cosmetics and I used one of these in a natural tone. They came in ultra mini tubes that were bought in boxes, they were shea butter based with superb tints and another thing I liked about them is that they weren’t glossy, they just had a smooth and natural sheen. I used to stash them in all my handbags so I was never without.

These days I often tint a shea butter-based lip balm with a highly pigmented lipstick when we work together (if T’s not rocking a major statement lip of course).

I’m pretty unfaithful to mascara, I tend to hook up with a lot of them. At the moment I’m loving Rimmel’s Lash Accelerator in Black as I like the brush and it thickens without clumping and Thandie is using Laura Mercier‘s Faux Lash Mascara.

I’ve made up Thandie more than I’ve made up anyone else in my long career, yet we marvel at the fact that we’ve never done the same look twice. She’s my favourite make-up up muse and, most importantly,  a very special and dear friend.

Kay gets Thandie ready for Chanel

‘Supernatural’ Make-Up Tutorial for The Edit/NetAPorter

For Every Skin In Between

3 thoughts on “Our first shoot together”