To Shave Or Not To Shave…

Is there even a question ? Well not so much questions as ‘options’: hair removal cream, bic razor, electrolysis (is that still available?), the dreaded waxing. Do we stop at the knee? Or go all the way up over the thigh? And why stop there when we can go full-power right on through the bush, via a hairy nipple, armpit and finish up with a Jada Pinkett Smith demi Mohawk. 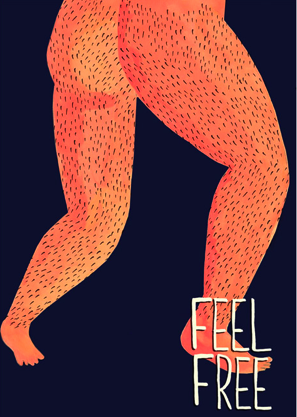 I remember the first time I went to Cannes Film Festival in 1995; I excitedly shaved my legs, toes, arms and fingers– I wanted to be eel smooth for the Premier. Lunacy. But in retrospect, it could have been a face mask, or a manicure, or eye brow plucking… the fact is that I felt I needed to do something out of the ordinary to prepare – I needed to make a transition from ‘me’ to movie star. Is that what we’re doing when we prep for special times? Is the need to remove hair really about the hair at all? Physically speaking shaving our legs just makes us more vulnerable, and possibly colder. But over time it’s become part of the ritual of betterment (as perceived by those that do it). We do it when we’re preparing for important events – beach holidays, bar mitzvahs, movie premiers, sex.  It’s a way to step out of ‘normal’ and into ‘special’.  The act itself is serving a more profound purpose.  Because for goodness’ sake I did not need to shave the trace hair on my knuckles for the red carpet in Cannes. 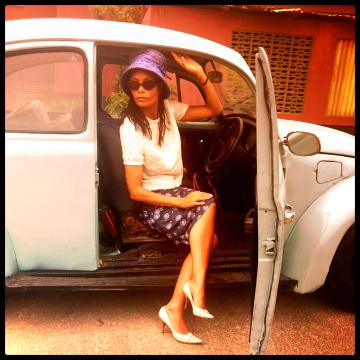 The awareness of this satisfies on a couple of levels – firstly it leaves us free to be ‘okay’ if we don’t manage to shave, pluck and wax every hair that can be seen under a microscope in preparation for that special event. Instead we can feel the butterflies hopping in our stomach and feel glad that something special is about to happen, and recognise that we are part of why that special event is happening at all. OR, we can wax, pluck and varnish ‘til dawn knowing that something special is about to happen, but remain aware that all the preening is not the reason why we’re guests at the party. So, if we miss the appointment, or if the varnish smudges, or if the re-growth is 3 weeks old, it doesn’t matter. Because that’s not the point – the point is that we are normal AND special every day of the week, it’s our choice which one, and at what time.

It’s odd too, when we think about the importance of hair when we make the transition from child to adult. Those first hairs are massively significant, and they chart the painfully exciting journey to maturity. Boys proudly grow their ‘bum fluff’, girls watch the feathery down between their legs transform over time into a cosy blanket. And all too soon we’re shaving it off. At that time ‘shaving’ is part of the ritual of adulthood – part of the allure.  It makes us feel sophisticated. But then what?

I’m one of those girls who was incomplete when it came to body hair. In fact, when I was 13 and surrounded by pubescent girls sprouting and budding tremendously, I was slow to bloom. My period didn’t come ‘til I was 14 (completely normal as it turns out) and the hairs under my arms were shy to reveal themselves. In fact this morning I counted the hairs in my armpits and the right one has 25 and the left 18. I mean, is there any point shaving really? Except to conceal the fact that I am not virulent in that department.

When I was a teenager I shaved my armpits because I heard that shaving actually increased the amount of hair growth. (So if I hadn’t shaved all these years perhaps I’d only have 3 hairs in my pits.)  Same with the legs, to no avail. Whereas my best girl friend would have 5 o clock shadow around her ankles by the time she was 16. Even her freshly shaved legs were dotted with blunt black roots.

Back then, I felt less than a woman, inadequate. Now, well I don’t really give hair removal much thought, who would for a little handful of layabouts?

That was, until I was in Nigeria last year. I was there to make the film ‘Half of  a Yellow Sun’, based on the book by Chimamanda Ngozi Adichie, set during the Biafran War of the 1960s. At the airport in Lagos I was met by a super capable film company rep. She was a petite young Nigerian woman, and her whole look was fantastic. She wore a tailored Westwood style skirt-suit; of traditional, bright coloured Nigerian fabric . Her hair was scraped up, her nails were laquered sexy pink, and when I noticed her bright yellow stilletos I think I gasped. Her teeny legs with delicate calves were covered in thick tangles of dark hair. They were the hairiest legs I’d ever seen. It was shocking. But not for long, because every bare legged woman I saw paraded the same. Over the next few weeks I learnt the lost language of leg hair. Wiry, downy, straight, curly, patchy, messy – the whole salon was represented. No one ‘shaves’ their legs in Nigeria. It just isn’t done. It would be ridiculous. It might even be a waste of time, a waste of money, a nonsense? So I grew my scrappy leg hair with pride, and this time I wasn’t growing it to shave it off.  I felt liberated and carefree. I felt proud.

So, as Hollywood gasped at the sight of Monique’s hairy legs at The Oscars, they were not batting an extended eyelash in Lagos. Perhaps instead they were focusing on the woman set to win an award for her stunning performance in a groundbreaking film.

The Playfulness and Politics of Black Hair

From Mother and Daughter to Sisterhood (via Hair)

One thought on “To Shave Or Not To Shave…”